For the greatest health benefits, how much play time, screen time and sleep should your baby or young child have in a given day? The World Health Organization has some answers. 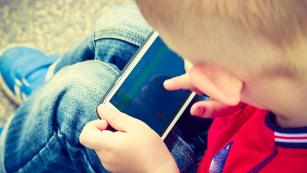 On Wednesday, the United Nations' public health agency released its first guidelines on physical activity, sedentary behavior and sleep for children under 5. The guidelines varied by age group: infants younger than 1, children 1 to 2, and those 3 to 4.

"We haven't previously had recommendations for under 5," said Juana Willumsen, an expert in WHO's Department of the Prevention of Noncommunicable Diseases, who contributed to the development of the new guidelines.

Previously, WHO offered guidelines for older people. In 2010, the agency released global recommendations on physical activity for health, making recommendations for three age groups: children aged 5 to 17, adults 18 to 65 and adults 65 and older.

The new guidelines for younger children are based on a systematic review of scientific evidence in published studies regarding the health benefits of physical activity, sleep and limiting time spent staring at screens among infants and young children. 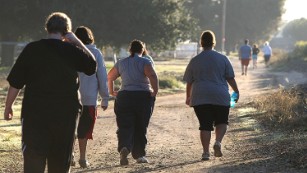 "A panel of experts looks at the evidence and proposes recommendations," Willumsen said.

"We felt it was really important to bring the new evidence together and produce these guidelines to help policymakers, people who are establishing policies for early child care or who are advising parents and caregivers," she said. "We see that childhood obesity rates are rising dramatically, and it's ever more evident that prevention needs to start early."

The new guidelines note that improving physical activity and sleep among young children while limiting sedentary behaviors is associated with reduced adiposity, or body fat.

If your child is less than a year old

For infants younger than 1, WHO recommends that they be physically active several times a day in a variety of ways, with floor-based play and at least 30 minutes of tummy time.

10 mistakes parents make with newborns -- and how to avoid them

The guidelines also recommend that infants not to be restrained -- such as in a stroller, in a high chair or on a caregiver's back -- for more than an hour at a time.

When an infant happens to be spending too much time seated, WHO recommends engaging in reading or storytelling with a caregiver -- and screen time is not recommended for this age group.

In these guidelines, screen time refers to passively watching entertainment on a screen, such as on a television, computer or mobile device.

WHO also recommends that infants 3 months or younger to get 14 to 17 hours of quality sleep a day, including naps. Those aged 4 to 11 months should get 12 to 16 hours.

Children aged 1 to 2 also should get plenty of quality sleep every day: between 11 and 14 hours, including naps, according to the guidelines. 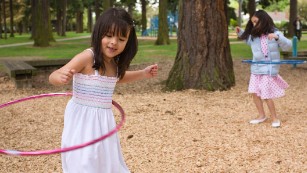 How much exercise your kid needs, based on the latest research

The guidelines also recommend that these children spend at least 180 minutes a day in a variety of physical activities.

"Physical activity has the greatest impact, and the recommendation for 180 minutes of physical activity for children over 1 of year of age is really a return to active play. We're not recommending structured exercise," Willumsen said.

Children in this age group should not be restrained for more than an hour at a time, according to the guidelines. Screen time is not recommended for 1-year-olds, and the guidelines recommend that it be limited to one hour a day for 2-year-olds.

Screen time should be limited to one hour a day for 3- to 4-year-olds as well, according to the guidelines. 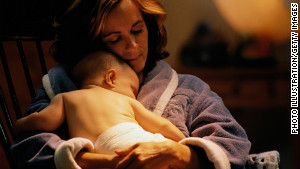 How parents tackle bedtime around the world

WHO also recommends that these children get 10 to 13 hours of quality sleep each day, which may include a nap.

The guidelines recommend for children in this age group to spend at least 180 minutes a day in a variety of physical activities, with at least 60 of those minutes involving moderate- to vigorous-intensity physical activities such as games outdoors that require frequent running or jumping.

How to turn these recommendations into reality

The new guidelines are "straightforward" and "give parents some parameters to follow when it comes to sleep, physical activity and limiting screen time," said Dr. Jennifer Shu, an Atlanta-based pediatrician and spokeswoman for the American Academy of Pediatrics, who was not involved in the WHO guidelines.

The guidelines are comparable to recommendations from the American Academy of Pediatrics. For example, the academy similarly recommends to avoid digital media use for children younger than 24 months and to limit screen time to an hour a day for children 2 to 5.

"Too often, I see tired, overscheduled kids who eat on the run during the week and become sedentary on weekends because they are exhausted. These guidelines are a good reminder of how to stay healthy for the long term," said Shu, co-author of the book "Heading Home With Your Newborn: From Birth to Reality."

"Keep these guidelines in mind when planning your child's daily routine. Make sleep and physical activity a priority," she said. "By working on those aspects first, screen time and sedentary behaviors should naturally stay fairly low."